All sites are open, and appointments are required for the Library 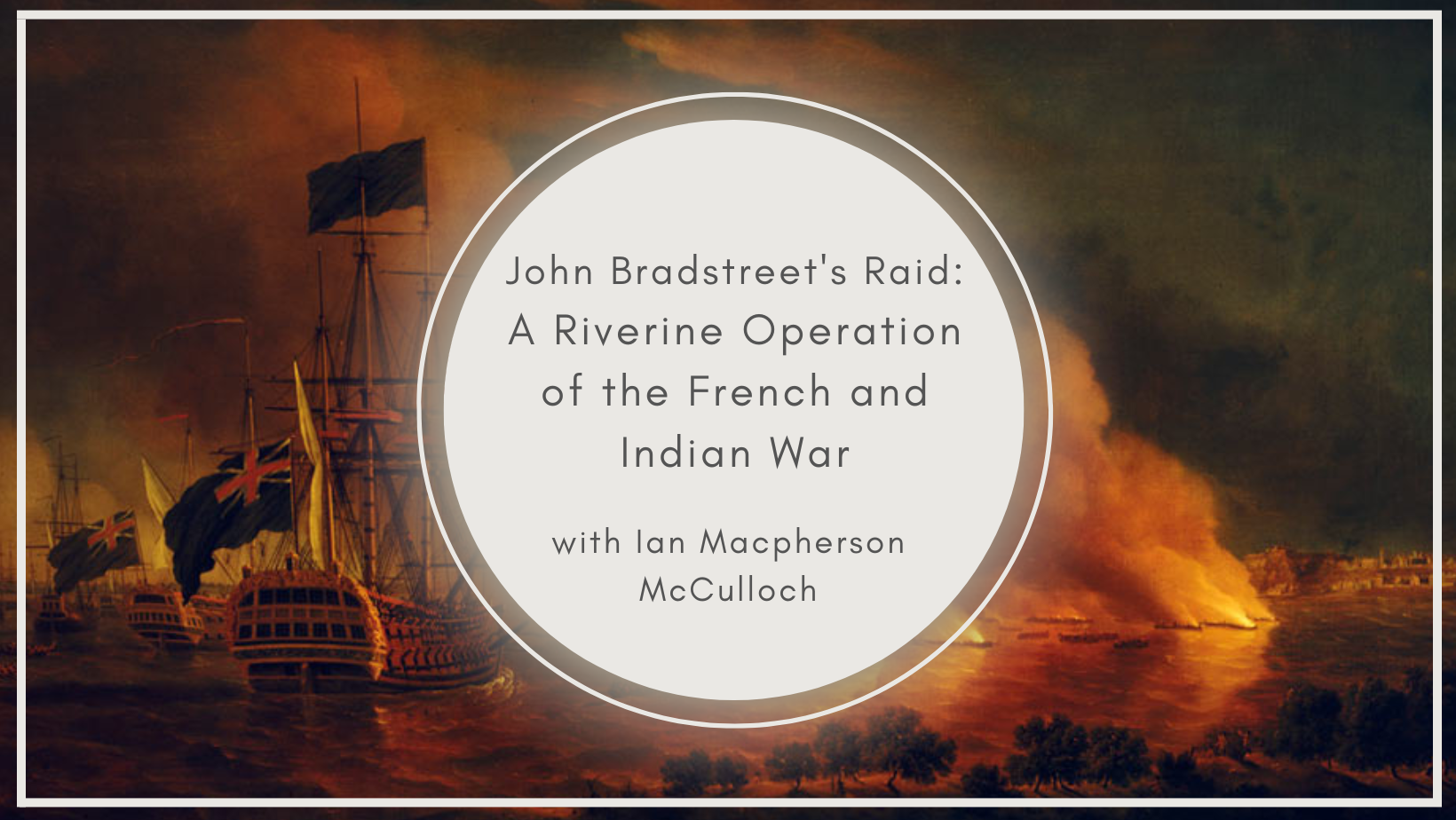 This is a virtual program, presented on Zoom. A Zoom link will be sent to SCHS members before the presentation.

Join us for a virtual presentation by Ian Macpherson McCullock, discussing his new book, “John Bradstreet’s Raid, 1758: A Riverine Operation of the French and Indian War.” In this first comprehensive analysis of Bradstreet’s raid, Ian Macpherson McCulloch uses never-before-seen materials and a new interpretive approach to dispel many of the myths that have grown up around the operation. The result is a closely observed, deeply researched revisionist microhistory—the first unvarnished, balanced account of a critical moment in early American military history. McCulloch will provide the most detailed, thoroughgoing view of Bradstreet’s raid ever produced.

Lieutenant-Colonel Ian Macpherson McCulloch is a native of Halifax, Nova Scotia. Educated in Scotland and Switzerland, he holds an honors degree in Journalism (1977) from Carleton University and Masters degrees in War Studies (1996) and Defence Studies (2010), both from the Royal Military College of Canada. A former Canadian Army officer, he served in a variety of regimental and staff appointments in Canada, Germany and the USA which included command of Canada’ famous Black Watch (Royal Highland Regiment) of Canada (1993-96) and first Deputy Director of History & Heritage for the Canadian Forces. He retired as Director of the Centre for National Security Studies at the Canadian Forces Staff College in Fall 2014 and moved to Kingston, Ontario to write this book. A military historian and author specializing in the Seven Years War in North America, McCulloch has published numerous books and articles on that subject in various international journals and magazines. He has authored two books for Osprey Publishing (UK) in their WARRIOR series: British Light Infantryman of the Seven Years War, 1756-1763, North America, (Oxford, 2004) and Highlander in the French & Indian War (Oxford, 2008) and has authored four books for Robin Brass studios (Toronto/Montreal), Canada’s foremost military history press and Purple Mountain Press (NY, USA).

Your ticket for: John Bradstreet’s Raid with Ian Macpherson McCulloch