The Museum + Library are closed through November; Mabee Farm is open Wednesday-Saturday for tours.

Patriots and Spies: A Virtual Evening with Historian A.J. Schenkman 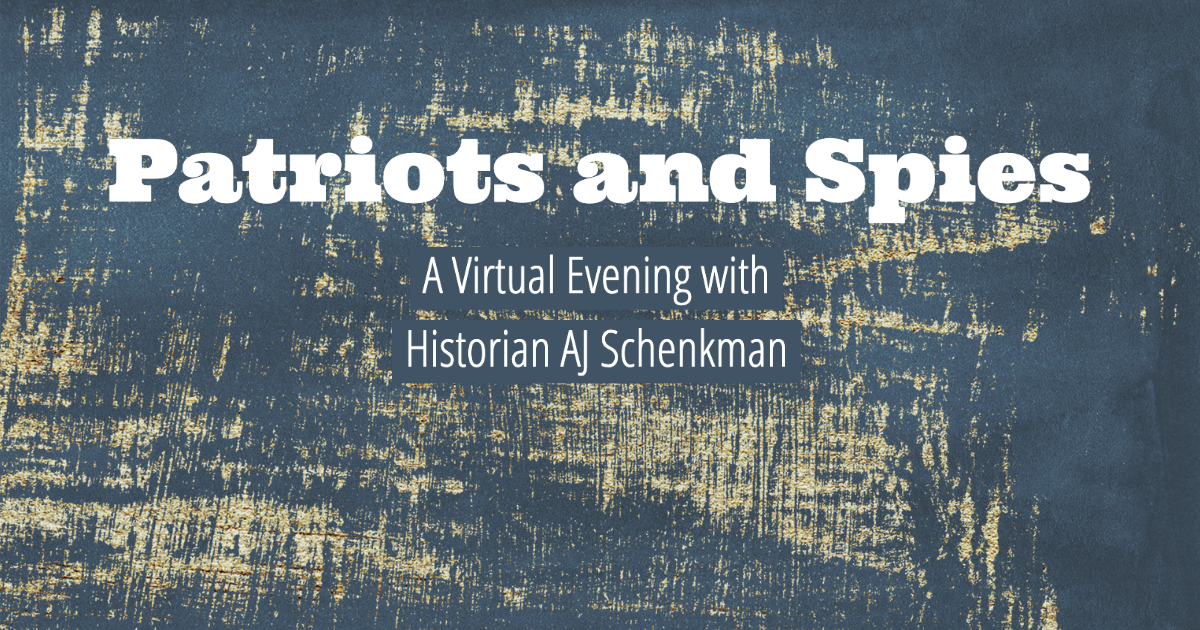 A.J. Schenkman is the author of several books about regional history, and has written for Ulster magazine, the Times Herald-Record, Chronogram and on his website, Ulster County History Journal. He joins us to discuss his two most recent books.

Patriots and Spies in Revolutionary New York
Spies! Loyalists! Tories! Conspiracy! Strange messages? Codes in invisible ink? The American Revolution was first and foremost a civil war that tore at the very fabric of families as well as society. Patriots were determined to separate from England; while Loyalists were just as determined to defeat what they saw as a rebellion. Many do not know that during several critical periods the war was almost fatally undermined by English sympathizers or in some cases opportunistic Patriots. Patriots and Spies in Revolutionary New York is a compilation of twelve stories regarding important moments in New York State’s history during the American Revolution.

Unexpected Bravery: Women and Children of the Civil War.
The American Civil War divided the United States from 1861-1865. During those years, over two million soldiers served in both the Union and Confederate Armies. What is little known is that not only the numerous children, some as young 12, enlisted on both sides, but also women who disguised themselves as men in an attempt to make a difference in the epic struggle to determine the future of the United States of America.

Your ticket for: Patriots and Spies: A Virtual Evening with Historian A.J. Schenkman

Patriots and Spies: A Virtual Evening with Historian A.J. Schenkman