Mohicans, Constantly in Motion: Mapping the Mohicans’ Various Settlements from 900 CE to Today 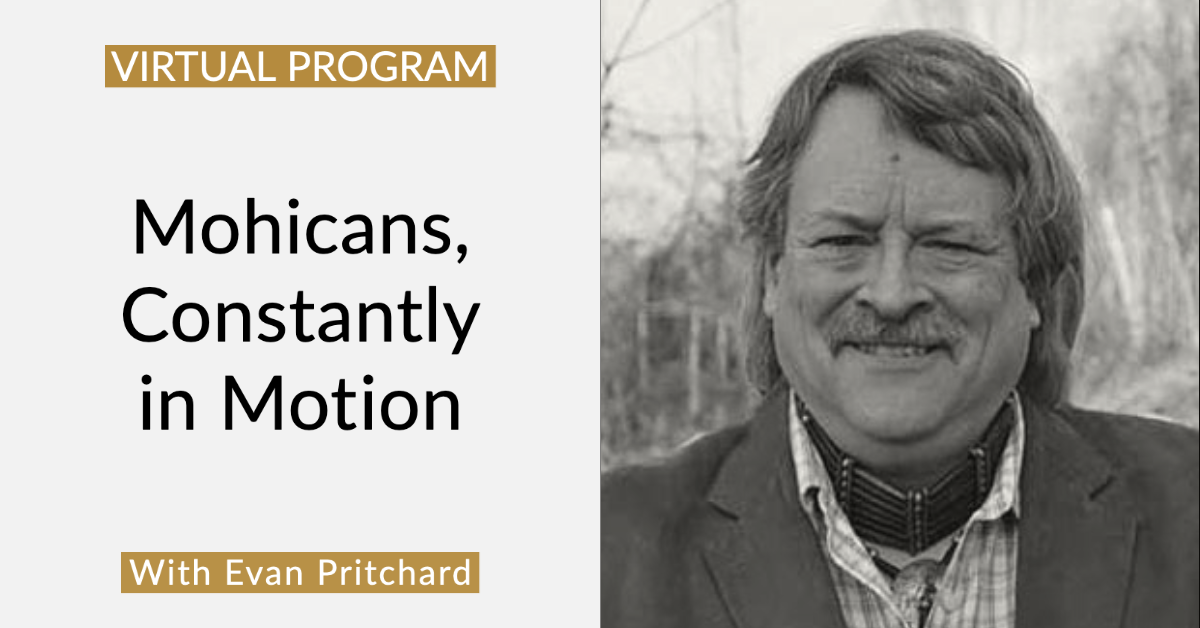 The word Muh-he-con-ni-tuk means ‘river that ebb and flow, constantly in motion.” Such could also be said about the Mohicans themselves, especially in the 1600s. In this multi-media presentation, Evan Pritchard will take us inside the “floating castles” of the three Mohican clan chiefs, Aepjin, Unawat, and Monnemin, of “Mohican Proper.” (Though these fortified cities or “castles” didn’t actually float in the air, they were so mobile that in today’s volunteering language, they might be called “floaters.”) We will explore their influence over the various “nine nations” of the Mohican confederacy, also rather mobile, each honoring three clans; bear, turtle and wolf. From there, we will follow archaeological footprints back to 900 CE, to the upper Delaware River valley, and then to the Schoharie Valley of 1300 CE to trace the eastward contraction of the Mohicans, and the origins of their wandering ways. Discussion to follow.

Evan Pritchard is the founder and director of the Center for Algonquin Culture, and a former Professor of Native American history at Marist College. His published books include “Native New Yorkers,” and “Henry Hudson and the Algonquins of New York: European Discovery, Native American Prophecy.” Since 1990, his work helping Algonquin elders and bringing their message to the media has helped thousands of people gain a better understanding of this great civilization and its teachings. He lectures frequently around the United States, sharing storytelling, traditional and contemporary songs, and bi-lingual poetry.

$5  Get Tickets
Free for SCHS members