All sites are open, and appointments are needed for the Library.

“A Schoolmaster…under their direction:” Mohawk Control over Preachers and Teachers in the 18th Century 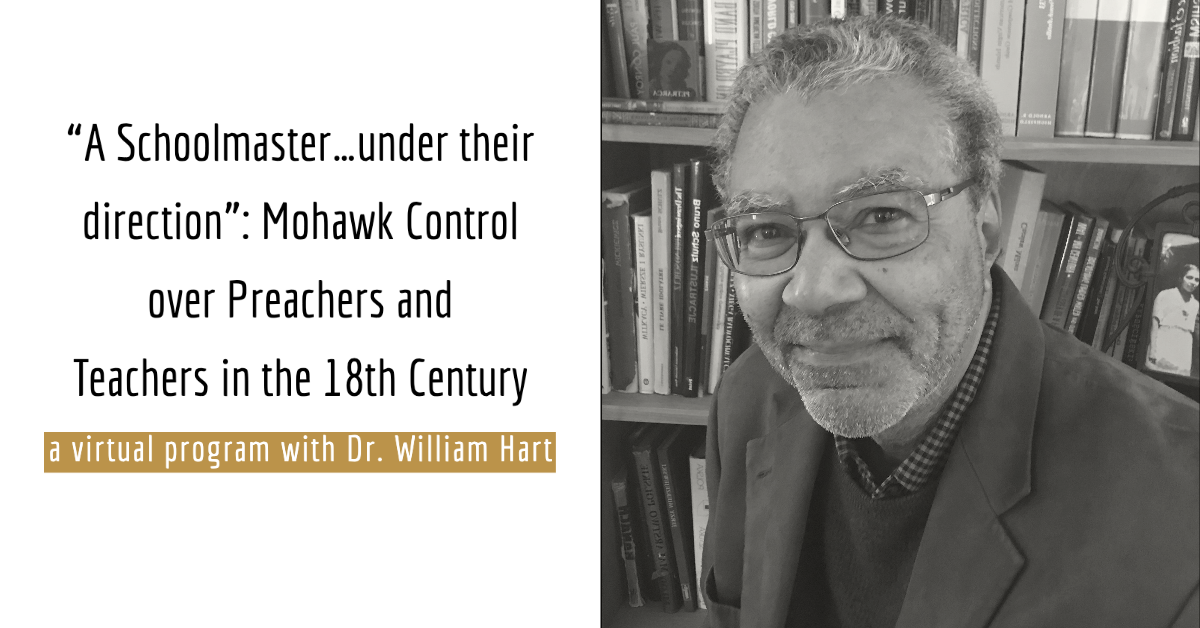 Throughout the 18th century, a faction of baptized Haudenosaunee League
Mohawks demanded that the English Crown supply them with priests, schoolmasters, and books so that they may join the imagined community of Church of England adherents. This reciprocity held larger implications beyond sharing a common faith; it also implied Mohawk alliance with England in matters political, economic, and cultural. English officials agreed to their requests, but made promises that they could not keep. Despite spotty efforts, the Society for the Propagation of the Gospel in Foreign Parts insisted that Mohawks become new Christians by accepting instruction from ordained Anglican priests and tutoring from pre-approved English-speaking teachers. However most baptized Mohawks knew best how to fulfill the needs of their souls: by contesting who preached to them and by dictating who should teach their children literacy and in what language. Drawing on his book, “For the Good of Their Souls”: Performing Christianity in Eighteenth-Century Mohawk Country (2020), Dr. Hart will contend that Mohawks were not mere compliant pawns in the missionizing project, but rather were pro-active partners with the English. My assertion encourages us to view Native peoples during the colonial period as effective power brokers in the realm of missionization and in other spheres of contact, as well.

William Hart, Professor Emeritus of History at Middlebury College, earned his PhD in American
Civilization at Brown University. At Middlebury, Bill taught a broad range of U.S., African
American, and Atlantic-World history courses between 1993 and 2020. He has lectured and
published widely on Black Americans and Native Americans during the Colonial and Early
Republic eras. In August 2020, the University of Massachusetts Press published Bill’s book,
‘For the Good of their Souls’: Performing Christianity in Eighteenth-Century Mohawk Country.
Bill is currently writing a biography of Alexander Twilight, the first person of color to receive a
college degree from an American college – Middlebury – in 1823.

Your ticket for: “A Schoolmaster…under their direction:” Mohawk Control over Preachers and Teachers in the 18th Century

“A Schoolmaster…under their direction:” Mohawk Control over Preachers and Teachers in the 18th Century