The Seneca Nation and the Kinzua Dam 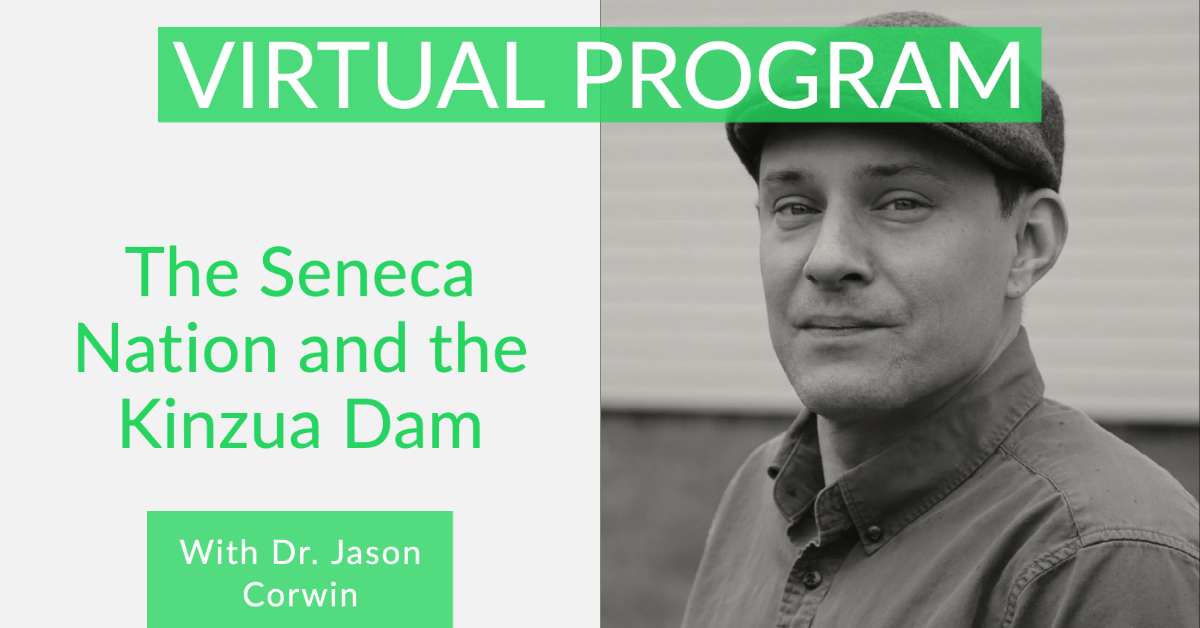 Dr. Jason Corwin (Seneca Nation, Deer Clan) is the Executive Director of the Seneca Media & Communications Center, as well as a member of the Seneca Nation’s Watershed Resources Working Group, COVID Response Task Force, and Climate Change Task Force. He has worked extensively as a both a community and university-based media and environmental educator. Jason earned a PhD in Natural Resources from Cornell University, is the co-founder of the community organizations Defend Ohi:yo’ and Sustainable Indigenous Futures, and has produced many documentaries on Seneca, Indigenous, and social justice topics. He enjoys spending his time outdoors hunting for edible and medicinal mushrooms, deer, and photos of the night sky.