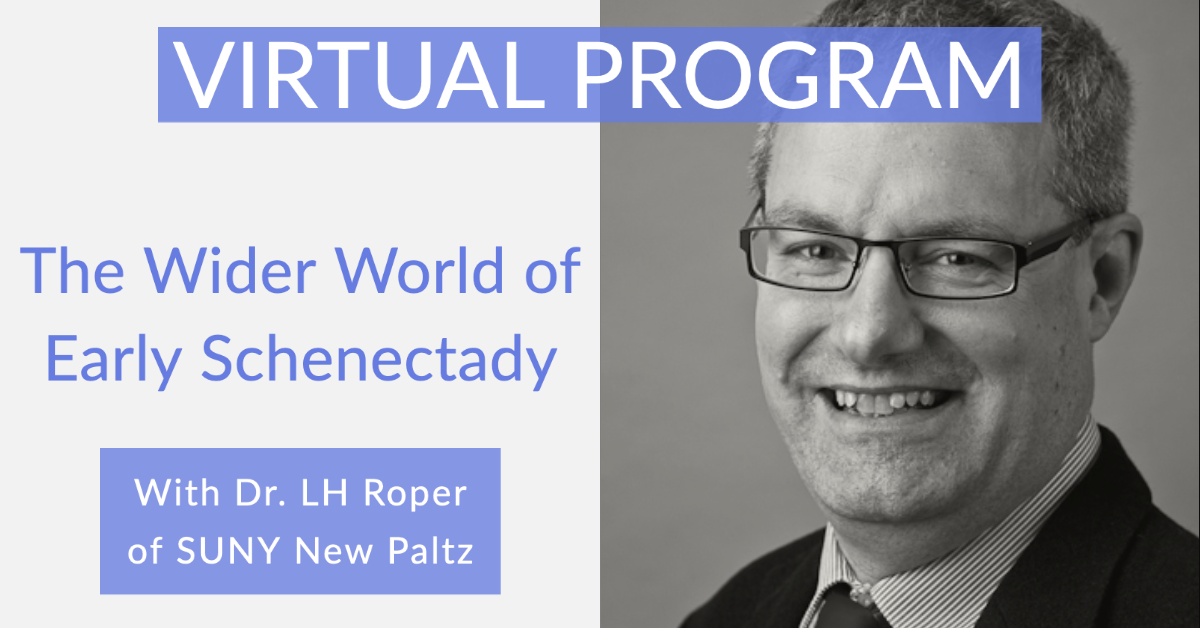 Dr. L.H. Roper is a Professor in the SUNY New Paltz department of history, whose research focuses on early America. He’ll discuss the wider world of early Schenectady, touching on the culture and politics that influenced the colonial town.
Dr. Roper’s many publications include seven books on early America, including “The Seventeenth-Century Worlds of the Hudson Valley” and “Constructing Early Modern Empires: Proprietary Colonies in the Atlantic World, 1500-1750,” as well as myriad scholarly articles, the most recent of which are “Fear and the Genesis of the English Empire in America” in Fear and the Shaping of Early American Societies (2016) and “The Fall of New Netherland and Seventeenth-Century Anglo-American Imperial Formation” in The New England Quarterly (2014). Dr. Roper is also the Chair of the Scholarly Advisory Board at Historic Huguenot Street, and serves on the boards of several institutes studying early American history.
This is a virtual program, which is free for SCHS members, otherwise $5. Registration is at www.schenectadyhistorical.org/programs. A Zoom link will be emailed to all registrants prior to the virtual program