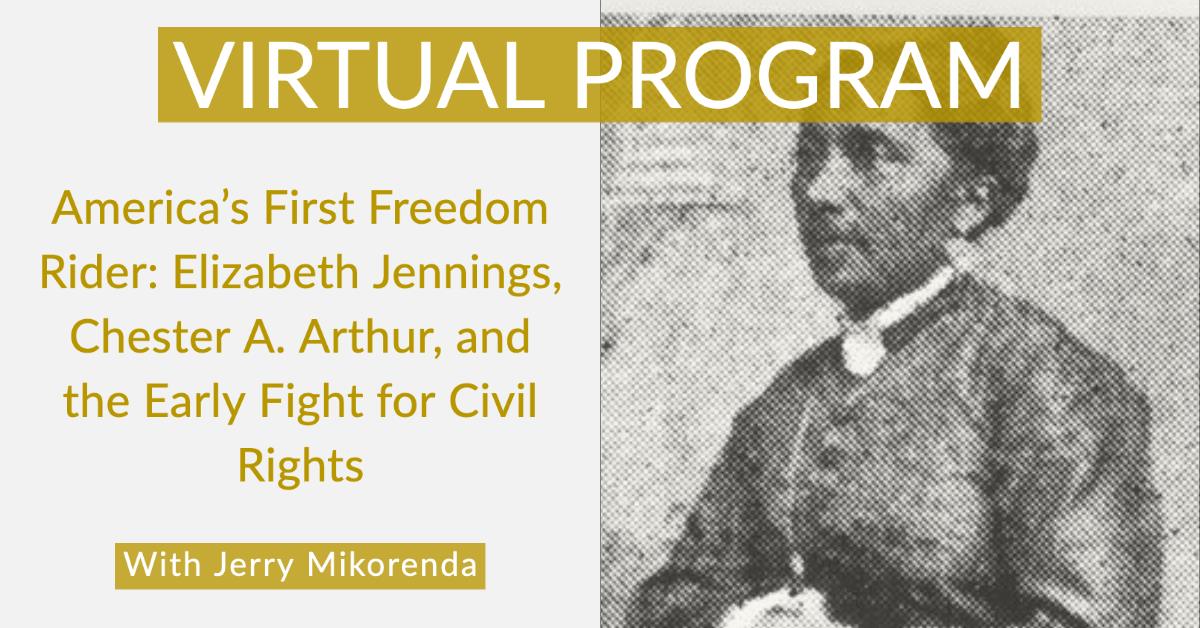 When Elizabeth Jennings refused to step off a bus for “whites”, she was assaulted by the bus’ conductor and a NY police officer. In 1855, the Elizabeth Jennings v. Third Avenue Rail Road case was settled. Seeking $500 in damages, the jury stunned the courtroom with a $250 verdict in Lizzie’s favor. Future US president Chester A. Arthur (and Union College graduate) was Jennings’ attorney and their lives would be forever onward intertwined. This is the story of Jennings, Arthur, the struggle for equality, and race relations. It’s the history of America at its most despicable and most exhilarating. Yet few historians know of Elizabeth Jennings or how her momentous victory over the Third Avenue Railroad gave birth to the freedoms that are the underpinning of the civil and gender rights movements that are still a battlefront today.

Jerry Mikorenda’s work has appeared in The New York Times, Newsday, The Boston Herald, and The Gotham Center History Blog. His debut biography America’s First Freedom Rider: Elizabeth Jennings, Chester A. Arthur, and the Early Fight for Civil Rights was published in 2020. Jerry has appeared on Live with Pat Kiernan on NY1 discussing Freedom Rider and various podcasts such as NPR’s Cityscape, BYU’s Constant Wonder, and The Author’s Show. His historical novel, The Whaler’s Daughter will be published by Regal House Publishing this summer. He is a graduate of the University at Albany and Syracuse University’s Newhouse School.