Virtual Talk: “Fearing too great a Correspondency”: The 1690 Schenectady Massacre and Jacob Leisler 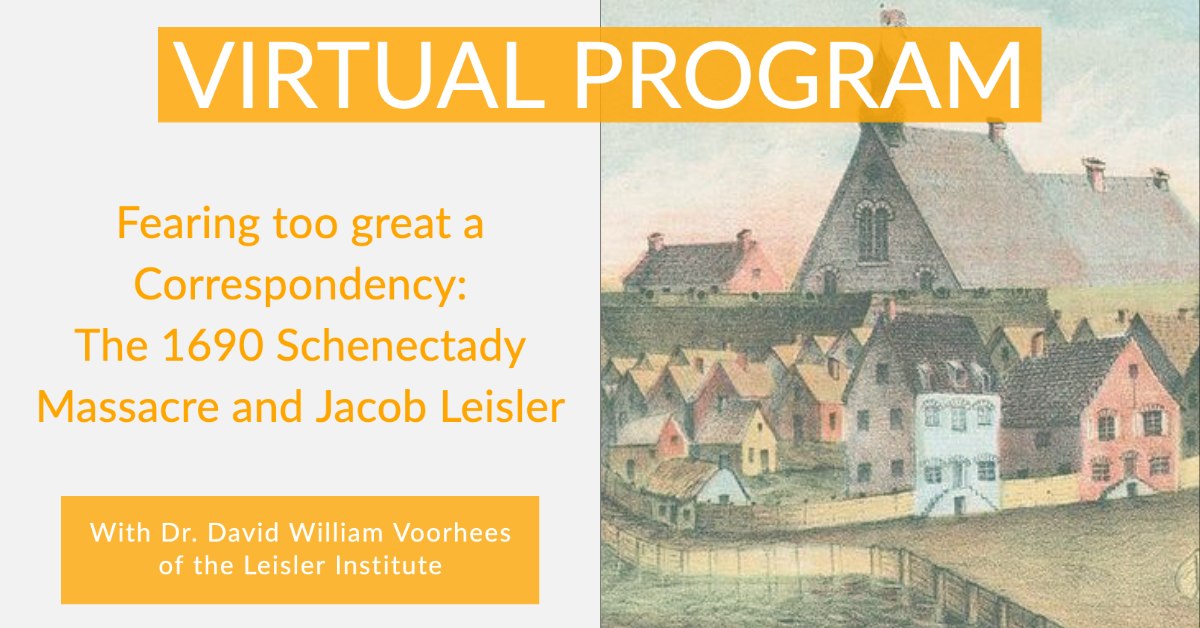 What is the relationship between Leisler’s Rebellion and the 1690 Schenectady Massacre? In the 17th century rebellion, merchant and militia captain Jacob Leisler seized control of southern New York. As his power expanded north to Albany, Leisler called for elections at Schenectady in January 1690. However, the next month, invaders burned Schenectady and massacred its people. How is this all connected?
Dr. David William Voorhees is the Director of the Jacob Leisler Institute for the Study of Early New York History, and managing Editor of de Halve Maen. His published works include The Concise Dictionary of American History (1983), The Holland Society: A Centennial History 1885-1985 (1985) as well as numerous articles on late seventeenth-century New York. He is currently a consultant to Historic Hudson and Historic Huguenot Street in New Paltz, NY. In 2010 Queen Beatrix of the Netherlands presented Dr. Voorhees with knighthood in the Order of Orange Nassau.
This event will be held via Zoom. Admission is $5 or free for SCHS members. All participants should register at www.schenectadyhistorical.org/programs