Virtual Talk: Becoming a “Nation of Statesmen: The Mohicans’ Incorporation into the Iroquois League 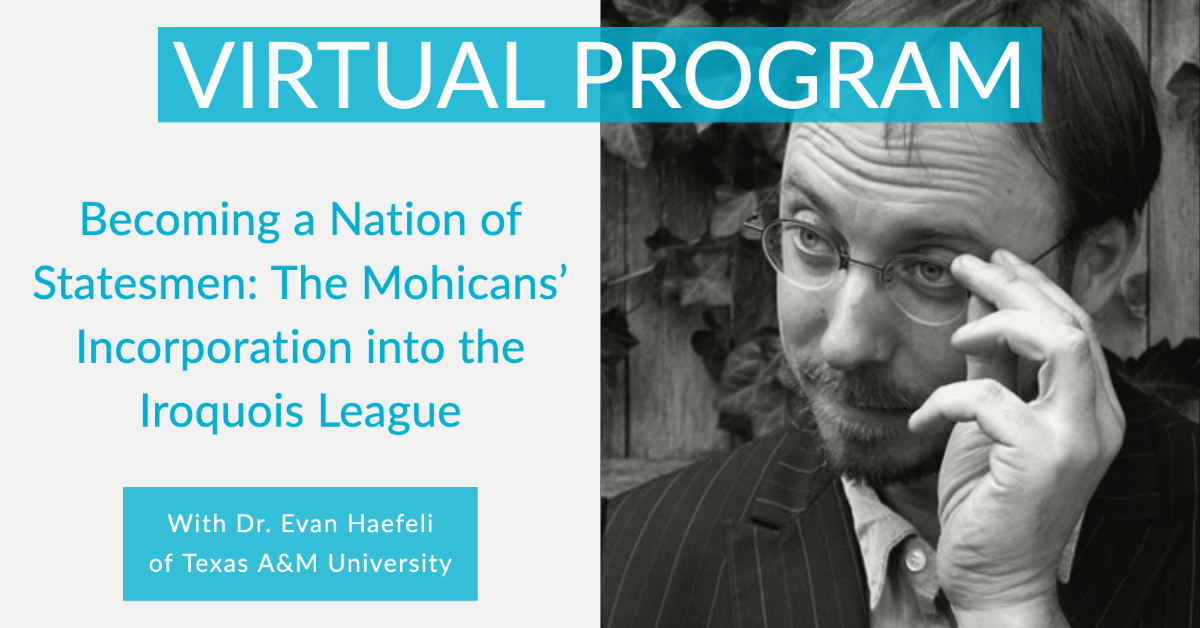 Join Dr. Evan Haefeli for an expert look at Mohican and Iroquois relations in the 1670s. Using oral traditions alongside the documentary record, Dr. Haefeli uncovered a little known peace forged between the Mohicans and the Iroquois League on the eve of King Philip’s War. The resulting alliance altered the regional balance of power and provided the foundation for Mohican diplomacy for the next century and a half.
Dr. Evan Haefeli is Associate Professor of History at Texas A&M University, whose work has ranged from the frontier between New France and New England, to early Native American history, obscure revolts in colonial New York, book publishing in colonial America, and religious toleration New Netherland. He is currently finishing a book for the University of Chicago Press on the politics of religious toleration and English overseas expansion from 1497-1688, and editing a volume of essays entitled Anti-Catholicism: The Anglo-American Experience c. 1600-1850.
This event will be held via Zoom. Admission is $5 or free for SCHS members. All participants should register at www.schenectadyhistorical.org/programs